They say it could explain why dogs who spend more time indoors are more likely to get sick with diabetes, hypothyroidism and kidney disease. 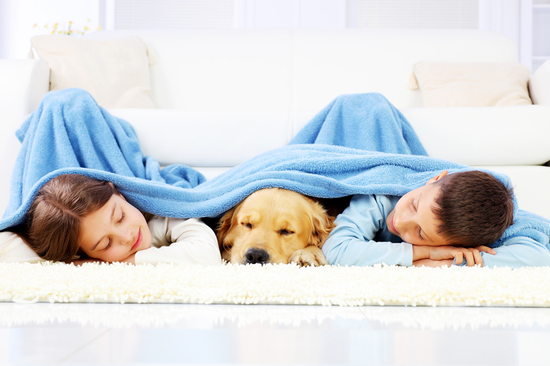 Days ago, Elena brought up an interesting question in the We-chat group, saying that I have a dog and a cat. I love them both, but they just want to kill each other, what should I do? Back in my life, I have some friends keeping pets at home. Some people love dogs, and other people keep cats at home. But few people keep them both, even sometimes the owner keeps both dogs and cats at home, it seems that they could not get along well with each other. Considering they both are good companions of human being, why couldn’t they be good friends? I believe many of us must have heard this story. Once upon a time, a little mouse was chased by a cat. When the cat was about to catch his food, the mouse suddenly stopped and barked like a dog, and scared him away. This story told us the importance of learning a foreign language. Therefore, the first possible reason for the cats and dogs could not make friends is that they do not share the same language. According the scientific studies, both dogs and cats have their own secret language. While dogs have over 170 categories of barks, cats have few vocal sounds.

For dogs, they use different sounds to express different meaning. For examples, short and continuous barks, mean that “come on, and play games with me”. Short and loud barks indicate dangers. One bark indicate “open the door, I want to go out”. One long and low sound bark, means “I was hungry, please pass me a sausage”. If the dog howled liked a wolf, it means hey, I am husky. Compared with the rich sound of the dogs, researchers have figured out few sounds of the cat. For example, one mow means hey, I am coming. Two mows, hey I am going.

Because they do not share the same language system, there will be few chances for them to build up a good relationship. The worse thing is that, the only similar sound shared by them both has totally different meaning. It was observed by some zoologists that when a cat was happy and wanted to express some good feeling, it would make a low sound just like human being’s snoring. It meant to make friends with the dog. However, this sound was taken as a signal of threat for the dogs, refereeing as stupid dog, leave me alone. You see, although the cat expressed some good will, due to the language barrier, this good hope came to nothing.

In TMC, we understand that body language is also very important in communication. If I smile, you can tell that I am happy. If I shake my head, it means I don’t agree with you. The body language exists in the world of the dogs and cats too. But, the sad thing is that, just like vocal language, same body language can mean differently for the dogs and cats. If you keep a cat at home, you must know that if a cat is very happy, it will put up its tail. But for a dog, wagging the tail is the right way to show good will, and putting up tail means angry or hostile attitude. Again, the cats meant to make friends with the dogs, but the dogs get misunderstand. Gradually, they don’t like each other.

Apart from language barriers, another reason for the hostile status for dogs and cats can be traced to their different biological evolution. The ancient ancestors of both dogs and cats were the early carnivores, which referred to the animals that ate meat, in 65 million years ago. At that time, cats and dogs were not like the way they look nowadays. Their sizes were similar, their body was very long and their feet were very short. They both got 44 sharp and powerful teeth. Sadly, they loved the same food. They liked to haunt and catch small animals that only ate plants, so fights were inevitable. Sometimes dogs won, and other times cats won. This condition lasted for millions of years.

Later on, they experienced different degrees of evolution, and the dogs evolved to the current size in 15,000 years ago. Cats’ evolution took longer time and efforts. 9000 years ago, the cats finally became the appearance of what they are now. But the size of their bodies was not so big as before. From then on, cats often got beat in the battles against the dogs. A famous German archaeologist, Sherryman indicated that for many animals like cats and dogs, tigers and lions, they could not get along quite well, mainly because competitions always existed, when those animals were fighting for living materials in the long history of revolution. This competition lasts until today.

Then what if I love cats and dogs both, and I want to keep them both at home, what should I do? Well, to help them get along well with each other, you can choose to put them together when they were little, and prepare different food for them to prevent the potential competitions. Or you can take them to TMC, and make them learn the CC manual, I believe after finishing their CC, they can communicate with each other well and be good friend. The claims are made in research contained in the latest edition of the Journal of Veterinary Behavior by Dr Franklin McMillan, a vet and former clinical professor of medicine at the Western University of Health Sciences College of Veterinary Medicine, in California。

They found that kitties mostly ingest parabens through cat food — with dry food containing more than wet — but pooches are also exposed to other sources of the po compound.

He said 'emotional eating' in pets, could be triggered by feelings including boredom, anxiety and depression。

Dogs are ingesting the hormone-warping chemicals commonly found in makeup, creams and shampoos — and it could be making them sick, according to a new study.

That means, if they have gained weight, it could be because they have been through a traumatic or emotional event。

New York State Department of Health researchers tested dogs’ and cats’ food and pee for the cheap preservatives known as “parabens” — which have been shown to have potentially harmful affects on health, according to their report.

New claims have also suggested that putting an overweight cat or dog on a diet could make them unhappy, because the owner is taking away their 'coping mechanism'。

he problem has been likened to that of Bridget Jones, the singleton who hides away from her troubled love life by eating, with vets believing some pets use food to cope with sadness, according to The Sunday Telegraph。

But research shows animals are less fussy, and will go on a comfort binge even if the only food on offer is their usual dog or cat food。

They also consume more than they need simply to cope with boredom or stress, research has found。

But the research has also suggested overeating could also be a sign of pleasurable emotional state, as well as a psychological state of turmoil。

Comfort eating in humans tends to involve high calorie foods which the individual chooses, including ice cream, and chocolate。